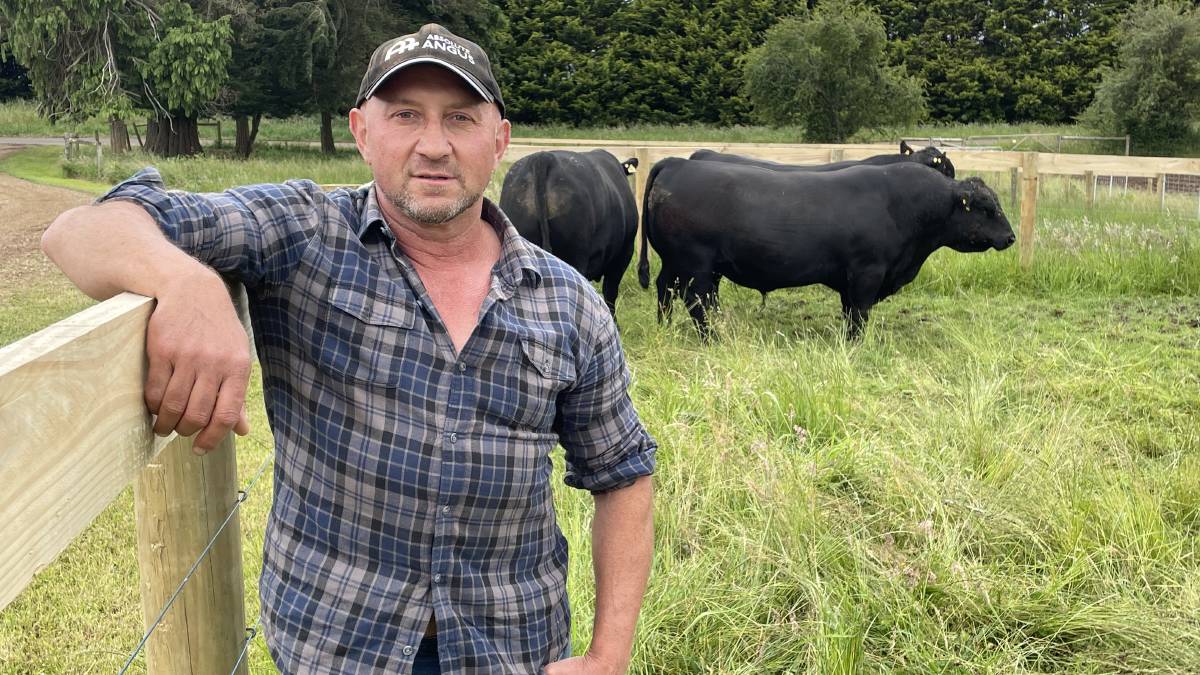 Anthony Pisa is quickly positioning himself as a well-known breeder within the Angus industry, and his vision and investment in top-end bloodlines is driving his popularity.

This year the stud celebrates its 12th birthday, but it has been in the last three years where the stud has developed a reputation for sound Angus cattle since holding its first on-property bull sale in 2019.

Mr Pisa runs 450 breeding cows across several properties in the district and for the first time last year held two bull sales in autumn and spring respectively, where he sold about 100 bulls across the two auctions.

Commercial clients are the stud’s primary focus and Mr Pisa believes his experience in the industry as a grazier and his long association with breeding cattle for all weather conditions gives him first-hand knowledge about what makes Angus an ideal breed.

“I’ve had a passion for beef cattle since I was about five-years-old,” he said.

This month will mark the stud’s third year since it first opened its gates to Stock & Land Beef Week visitors, and between 80-100 people have attended the previous two inspection days.

Superior bloodlines are at the forefront of the stud’s priorities and several headline-attracting purchases in recent years are testament to Mr Pisa’s investment in Absolute Angus.

“I’ve been very conscious of my bloodlines and thought it was very important to get good structure and feet to match what suited my area and what breeders wanted,” he said.

In 2010, Mr Pisa started the stud when he purchased four stud cows from the dispersal of Hamilton stud, Vermont Angus, and in the same year he purchased three top-selling cows from Te Mania Angus as well as the $30,000 top-priced Forres Angus dispersal cow.

“I wasn’t focusing on figures at that point because we wanted to introduce what was important to begin with, not only with the cows but also the sire lines,” he said.

In 2019, the stud made headlines again when it purchased Landfall New Ground N90 in a syndicate with ABS Global Australia for a whopping $75,000.

Described as a sire with “unlimited potential”, the bull is the son of US sire VAR Discovery and had dam bloodlines which ranked highly among the breed.

Mr Pisa said the yearling bull added to the importance of his elite cow lines and was among the top three-dearest yearling bulls in the country last year.

“When I buy an animal I look at these things – intramuscular fat, eye muscle area, carcase and birth weight and growth,” he said.

“Growth and carcase is important because when cattle producers are looking to slaughter their cattle, it comes down to weight on scales at the moment.

“When you’re investing in cattle, you want to be able to see their growth rates because the 200, 400 and 600-day growth rates are so important for the final product.”

Fertility is also a key trait for Mr Pisa, with artificial insemination strike rates ranging on average from 70-80 per cent.

“I put that down to their nutrition and their bloodlines because I use some of the best sires in the industry,” he said.

The foundation stock are predominantly Te Mania and Landfall females.

“The quality of the meat I would say has driven the popularity of Angus,” Mr Pisa said.

“Also their hard-doing nature because no matter where you put an Angus cow and bull, their fertility is consistent so they’re good, hardy cattle that can go anywhere.

“Obviously a lot of work has gone into getting the meat to this stage, so even though the marketing is easier now, the performance data has helped the breed a lot.”

Most of the stud’s bulls are bought by clients in Victoria, but last year bulls went to Tasmania and have previously sold into South Australia and NSW.