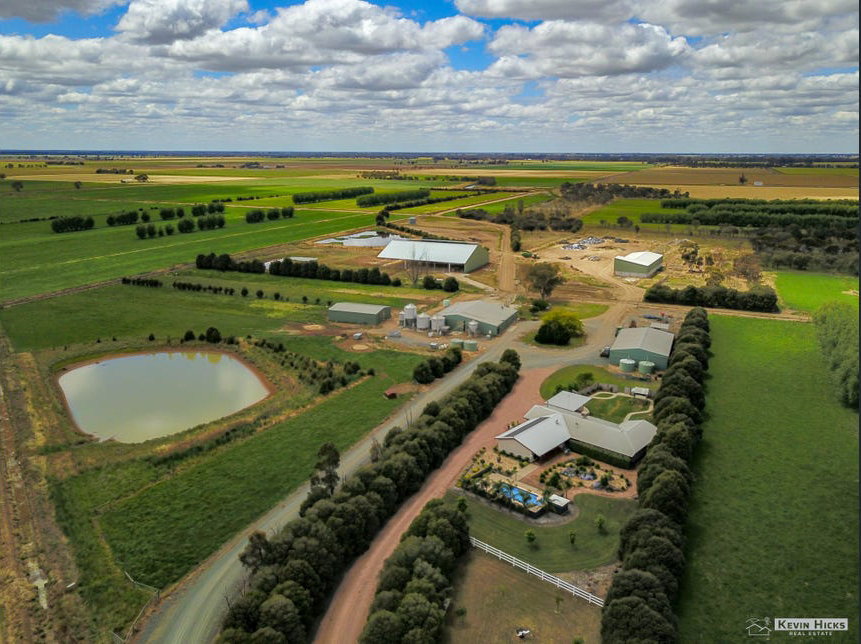 The Angus market’s expansion into northern Victoria is continuing with the purchase of an Echuca farming property from a Gippsland-based stud.

Absolute Angus stud is the new owner of the former dairy farm at Bamawm, 15 kilometres south of Echuca.

According to stud principal Anthony Pisa, the farm, sized at more than 450 acres, was an impressive piece of land.

“There’s been a massive growth in the business, and I wanted a farm that could be able to do everything, where I can grow good grain crops, whether it’s wheat, barley, Lucerne, I can get better access to markets into the Riverina,” Mr Pisa said.

Mr Pisa said he has “the best of both worlds” as he still runs cattle on his productive Thorpdale property but moving into a region like Bamawm on a property with excellent irrigation infrastructure will expand opportunities for the stud.

He said the grazing controls and warmer weather in Echuca would allow more flexibility than his Gippsland property.

“I’ve got a good farm here [in Thorpdale] where the cattle are exposed to the harsh conditions of winter and they have everything going through them like you know with like, you know, it gets really cold here and wet,” he said.

“The purchase of the property in Echuca showed me it was time to expand with us becoming a premium Angus stud brand.”

Mr Pisa said his stud continued to keep a considerable commitment to genetics, in line with a broader trend throughout the local industry.

He said the stud’s ownership of cattle like Landfall New Ground N90 in partnership with ABS Australia and other top line genetics are a significant factor in their operation.

But he stresses that he will concentrate on giving what clients want.

“You can look at the growth rates and carcase weights but all the other data like intramuscular fat and eye muscle area is becoming more relevant moving forward,” he said.

“With genomic testing, we’re getting all this data available for our clients where we can match up the right genetics together, which can also benefit those who want to have better crossbreed operations too and, in the end, its suiting markets.”

As well as selling to the local market, Absolute Angus had previously sold bulls into the Tasmanian, South Australian and New South Wales markets and has sold into Queensland for the first time this year.

Mr Pisa currently runs about 500 head of breeding cattle on the Echuca property and will be preparing bulls to sell into even more areas of the country ahead of the Absolute Angus Spring sale in October 2022.