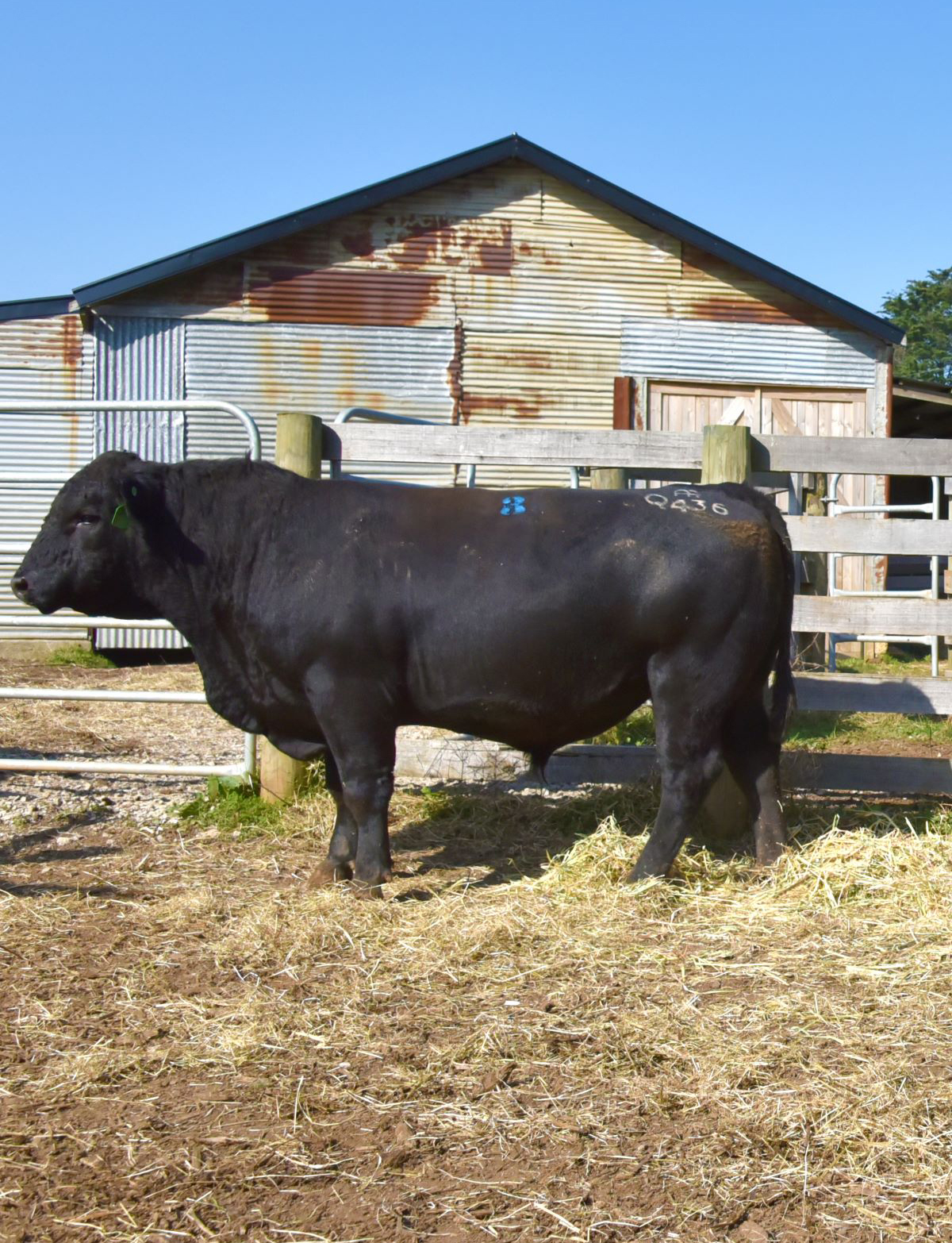 Absolute Angus’ inaugural autumn sale last Wednesday confirmed the stud’s breeding success, with strong interest in the progeny of one bull and sales across three states.

The on-property auction at Trafalgar South attracted more than 70 people, with strong bidding from both repeat and new buyers from across Victoria, SA and NSW.

The top-price honours went to to Lot 3, Absolute Quandrant Q436, a son of renowned US sire, Sydgen Enhance.

Absolute Angus stud principal Anthony Pisa said the quality of the genetics in the sale was reflected in the interest from outside the region.

“It was my first autumn sale and I was very happy with the response from buyers and the reach to different breeders,” Mr Pisa said.

“Buyers liked the docility of the bulls and were impressed by their genetics and power.

“They could see their development and knew they were strong with good confirmation and great genetics.”

Volume and top-priced bull buyer, Dick Whale, Independent Breeding and Marketing Services, attended the sale to purchase on behalf of three beef producers who were drawn to the progeny of Sydgen Enhance.

Starting his buying spree early in the catalogue, Mr Whale picked up the top-priced bull for an anonymous seedstock producer in western Victoria.

In total, Mr Whale was the successful bidder on 11 bulls, with five bulls headed to an SA commercial operation running a 3000-head cow herd in the upper south-east.

The SA client was looking for heifer bulls and Sydgen Enhance progeny, with Lot 5, Absolute Qasim Q433, topping their draft at $6500.

“There were 13 sons of Sydgen Enhance that we think a fair bit of,” Mr Whale said.

“His first progeny had come online this autumn and a third of the catalogue was by him and I had several clients looking for sons of that bull.”

Mr Whale said the progeny had lived up to expectations and Absolute Quandrant Q436 was a good buy.

“Sydgen Enhance has got 1 per cent docility, calving ease, good growth and is high in IMF and EMA,” Mr Whale said.

“Genomically this US sire is in the top 10pc for carcase tenderness and marbling, two things that drive customer experience.”

Mr Whale said his clients were pleased with the purchases and the prices were reasonable for both seller and buyers.

“They are bulls that will give us longevity because they haven’t been over fed.”

Elders auctioneer Ross Milne said it was a good clearance.

“It was very pleasing to get a near 100pc clearance on the day; it was a good solid sale and buyers still got good value,” Mr Milne said.

“There was strong competition for the bulls that will set up a good platform for Anthony and his program as he continues to grow his client base.”

“Over 90pc of the bulls were suitable for joining to heifers and they could also be used on cows, so that versatility was attractive to buyers,” Mr Milne said.

“With Lot 21, his EMI was right up there, and his sectional indexes were as good as anyone,” Mr Barrow said.

“He had a massive arse and that’s where most of the power and meat comes from. He was well put together and had a lovely smooth skin and head.”

“I would like to thank everyone for their support and interest in this sale, said Mr Pisa.

“All the bulls offered today were low birth weight with great phenotype and had the data to go with them.

“Growth, milk, EMA and IMF continue to be a primary focus of the genetics we use in our breeding program”.

Mr Pisa said he loked forward to the stud’s spring bull sale in October which will offer yearling bulls from leading Angus sires, alongside a selection of 22-month-old bulls.

This article first appeared in the Stock & Land.