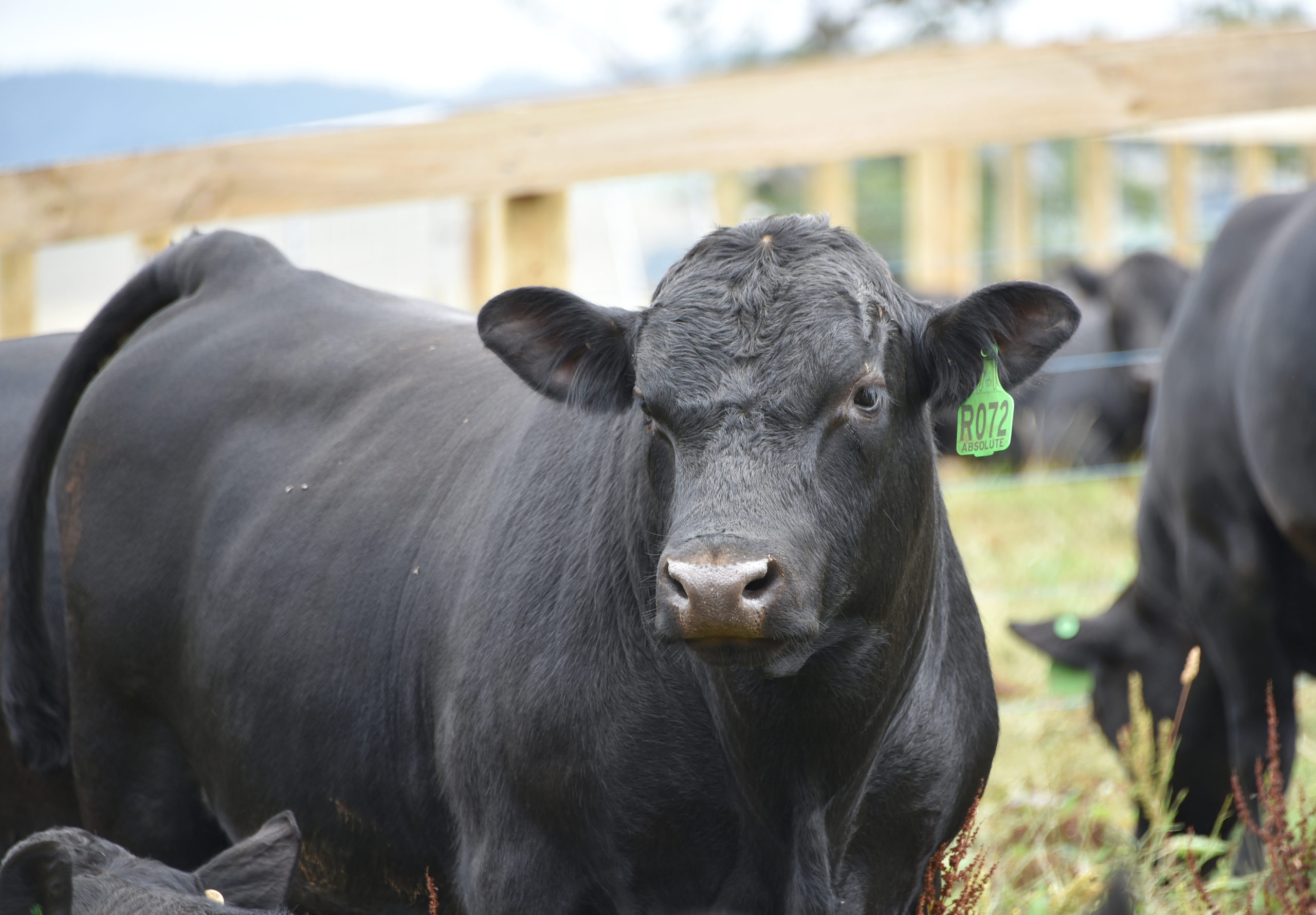 Absolute Angus expects to build on the success of its’ 2021 autumn sale this year with standout sons of a home-grown bull and other notable progeny in its 2022 offering.

The sale on Thursday April 7, 2022, will feature the sons of Landfall New Ground N90 – fast gaining the reputation of being Australia’s number one Angus bull, Landfall Keystone K132, Baldridge Command and Sitz Stellar.

Stud principal Anthony Pisa expects stronger demand this year, with the sale expanding to up to 55 bulls.

“We’ve got the quality and we’ve got the demand,” Mr Pisa said. “Farmers are becoming more educated with EBVs and bulls that suit their area. Clients want bulls that are tough and will work in all sorts of conditions and my bulls aren’t pumped up with feed; they’re natural good, tough bulls that suit every commercial breeder and you can take them anywhere.”

Landfall New Ground N90, owned by Absolute Angus in partnership with ABS, will feature some standout sons in the sale.

“He’s becoming the most sought-after bull in Australia, a proven champion in the Angus breed,” Mr Pisa said.

“Many other breeders have had his sons in their sales, and I own the bull so it’s a good drawcard and I imagine there will be strong demand.

“His progeny are true to the Angus breed. He’s a good all-rounder with good depth, muscle and fat and fantastic figures.

“You could put New Ground N90 with anything anywhere and you know you’ll get something good out of them.”  Mr Pisa added that there was good depth throughout the sale catalogue

The preparation this year has been supported by Absolute Angus’ assistant stud manager, Damian Sutton.

John Bergamin of Bergamin Pastoral in nearby Willow Grove has seen the benefits of using Absolute Angus’ genetics in his operation.

He expects to find stiff competition at this year’s sale.

“Anthony’s bulls are good as any top-of-the-league stud and I’m prepared to pay based on weaner-steer prices,” Mr Bergamin said. “If sale prices are red hot like they are at the moment, I know I’m going to have to pay more.”

In November Bergamin Pastoral had an amazing result at the Pakenham feature sale, averaging just shy of $2000 a head, including heifers, up $400 on the previous sale.

“Everyone’s having an amazing season and calves are further advanced than in a normal season,” he said.

Mr Bergamin said Absolute Angus’ focus on genetic traits and EBVs and the success of its bulls in the paddock keep him coming back.

“Anthony has always chased good genetics, which is what I like as well,” he said. “High muscle area and intermuscular fat are always high on my agenda, as is milk which is more of a Gippsland thing, and Absolute Angus ticks the boxes there.

“The thing I like about Anthony’s bulls is that what you see is what you get. They’re grass-fed and not pampered and puffed up to look great, which suits our enterprise.

“The proof to me is when you put a bull in the paddock, and you see how it handles your conditions. It’s all about getting your cows in calf, and his bulls are absolutely a success.”

“I have a couple of old black bulls on the farm from Anthony and they still look great; they stand up with the best,” he said. “He’s definitely doing his homework and every year they’re getting better and better.”