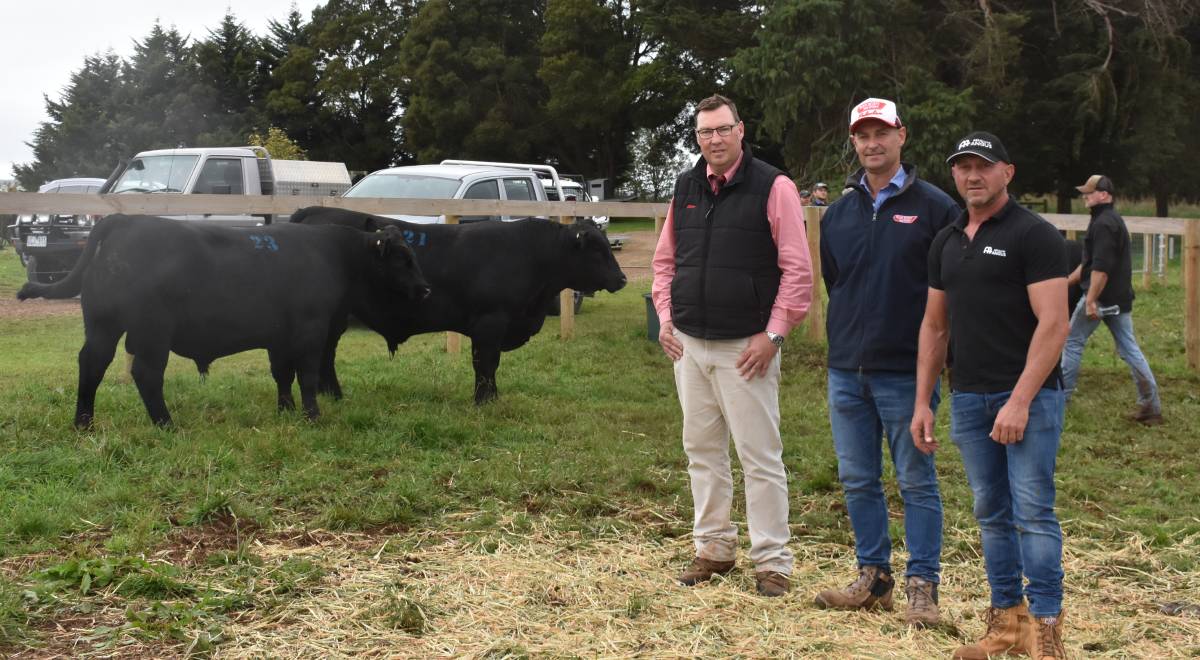 ABSOLUTE Angus, Trafalgar South, has had a near-total clearance at its second autumn bull sale, falling just shy of a $10,000 average.

“My genetic program is getting stronger and people are starting to realise that,” Mr Pisa said.

“Obviously Landfall New Ground has made a great impact on the herd.

“At the same time, the heifers I have bred are cows now and it’s showing in their progeny.”

Mr Pisa said the amount of money he had invested in high-class bulls was now showing dividends.

He said the Landfall bulls had come into similar conditions to where they were bred in Tasmania.

“Obviously New Ground is second to none, he is an amazing bull, and it’s showing in his progeny and other breeders’ programs,” he said.

He said he was pleased to see other studs recognising his breeding.

“I have the genetics they are looking for and I am doing the right thing by the breed,” he said.

Elders auctioneer Ross Milne said it was a solid sale throughout.

“Anthony is certainly heading in the right direction, that’s for sure,” Mr Milne said.

Popular bloodlines in the sale were from Landfall, with seven bulls on offer, and the 12 sons of American sire Sitz Stellar.

“They were very good animals to look at, good phenotype and structurally very good,” he said.

They also went out to Sale, Bairnsdale and Maffra, as well as Horsham, Yea, Wodonga and Callignee.

“The stud breeders would have got good value in their purchases,” he said.

Among the volume buyers were Blythewood Pastoral, Maffra, who bought 10 bulls, and Amberley Park, Sale, who bought seven, while Pepperhill Trading, Pearcedale, picked up four bulls.